No Result
View All Result
Casino

From the time he won the 2013 Amateur Championship at the Country Club in Brookline, Mass., to the moment he captured the U.S. Open last June on the same course, Matthew Fitzpatrick has never stopped trying to improve his swing.

Never a long hitter, Matt is now right in the thick of the driving ranking, averaging almost 304 yards during his 2022 campaign. A deeper dive into the stats, however, reveals two areas that really set Matthew apart: scrambling around the greens and hitting long approach shots from the rough. A relatively late release is the secret sauce for the latter, as is the resistance training he’s known to do in the gym — he’s more than strong enough to power through high grass without losing control of the clubface.

Fitzpatrick ranked seventh in proximity to the hole from the rough and first in approaches from the rough from 200 yards last season. He also ranked first in scrambling from 10 to 20 yards and inside the top 10 from 30 yards out. His strong full-swing grip isn’t conducive to controlling finesse shots around the green, so he hits most of them cross-handed! And while a quick study of his driver swing above will certainly help you tack on yards, it’s his short-game trick that may actually help you save the most strokes.

Here are the six keys to Fitzpatrick’s swing.

How to watch Final Round Monday 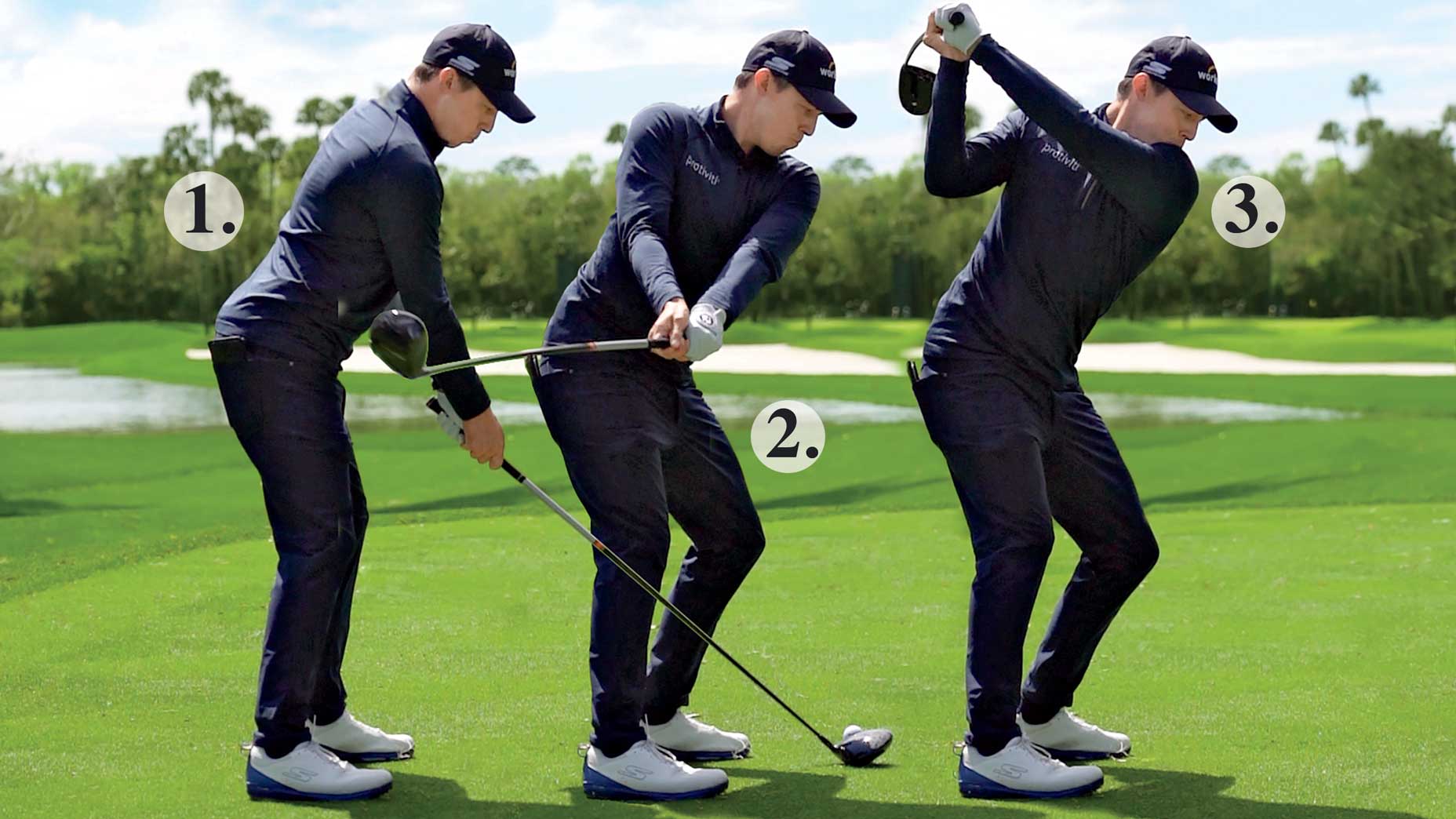 Fitzpatrick sticks out his rear end a bit more than what’s common on Tour, a subtle move that gets his upper spine into a nice curve. He also reaches more. If you have trouble controlling face angle at impact, you might want to reach more too.

Notice how Fitzpatrick turns his chest away from the ball in sync with his arm swing using minimal “lift.” Coupled with a slight left arm roll, this gets the club a little inside — something that might help if you want to hit draws.

Fitzpatrick has to lay off the club at the top to keep the face from unduly closing. The reason? Look at the difference between his left hand and the clubface here — that’s a strong grip, folks! 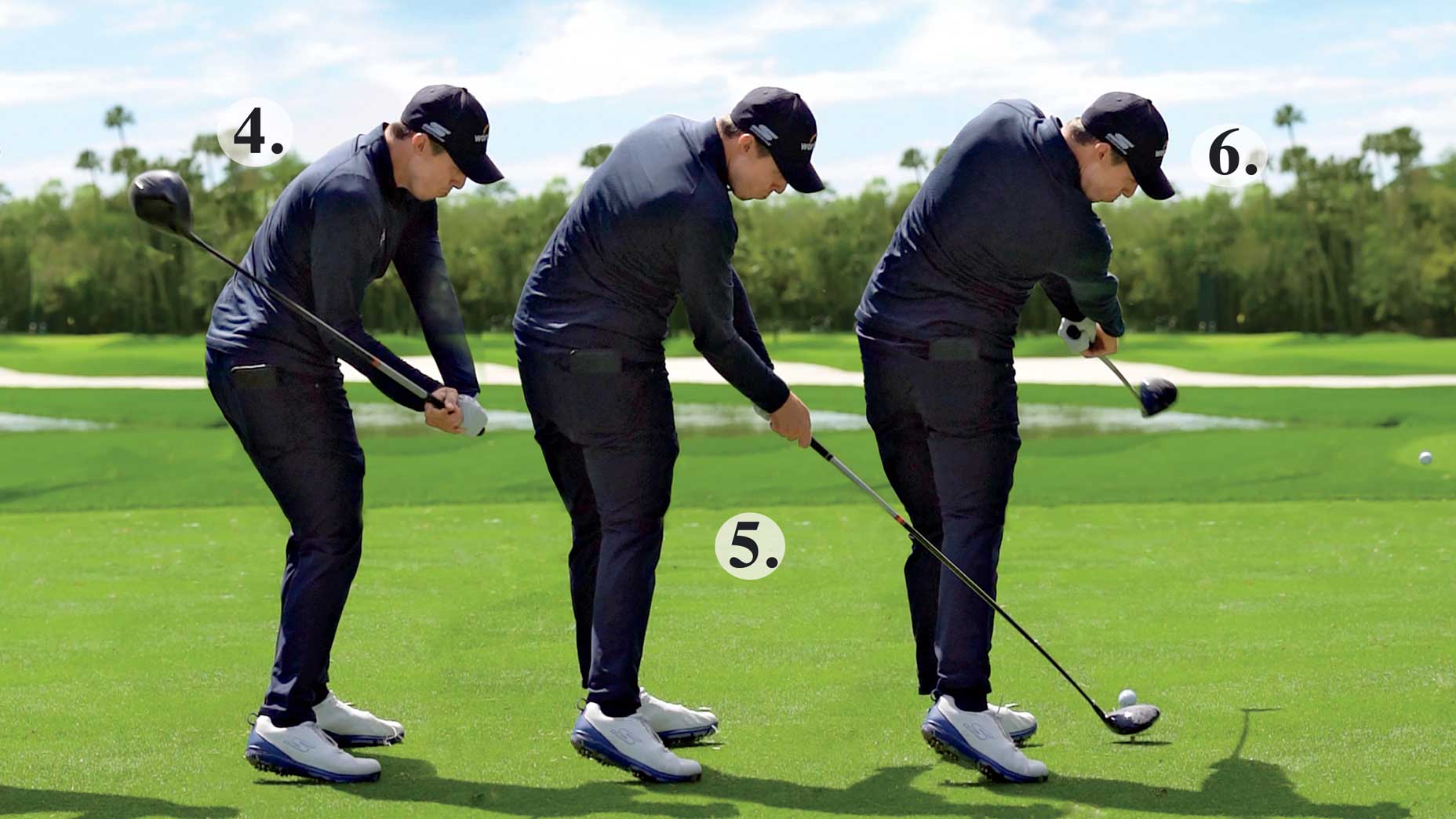 The club is “lagging” behind his hands, the clubface is neutral and the shaft perfectly matches his right forearm. Copy this!

Fitzpatrick has the perfect recipe for a baby draw: open hips, right side bending toward the ground, right forearm in line with the shaft and neck parallel to the ground.

Instead of dragging the handle toward the target for too long after impact, Fitzpatrick fires the clubhead through and gets the butt of the grip to point away from the target. Pow!

How to watch Final Round Monday

Will Zalatoris has heard your cracks on his putting stroke. He has a few thoughts

Use this swing tweak to stop chunking your wedges for good